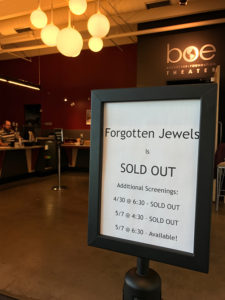 March 18, 2018, 3:30pm
Seattle Jewish Film Festival – Filmmaker Q&A
Seattle, WA
Heartfelt thank you to the both of you for your participation in our festival. Everyone from our upper management to the patrons who attended talked about the wonderful energy that was felt in the room that day. It was truly a privilege for me to have witnessed such a special program, and one that I will remember for a long time.
– Lori Ceyhun, Program Manager, Seattle Jewish Film Festival